Death Wish Coffee is a US-based coffee brand. Their coffee is primarily sold online, but can also be found in grocery stores across the US.

Death Wish Coffee and Valhalla Java are USDA-certified organic and can be found in many stores across the country, including Hannaford, Kroger, Price Chopper, Healthy Living Market, ShopRite, Safeway, and Walmart.

Death Wish Coffee gained publicity when it was selected as the winner of the Intuit QuickBooks "Small Business, Big Game" contest in 2015, enabling it to run Super Bowl commercials nationwide for free during Super Bowl 50.

In 2017, owner and founder Mike Brown was named New York Startup EY Entrepreneur of the Year. Mike Brown was also named 2018 40 Under 40 by the Albany Business Review.

Coffee To The International Space Station

On June 29, 2018, Death Wish Coffee used a Dragon Capsule to send instant freeze-dried coffee to the International Space Station on a Falcon 9 SpaceX rocket. The coffee arrived at the station on July 2, 2018.

As part of a partnership with iLEAD and DreamUp (providers of space-based educational opportunities), the coffee company once again launched the MixStix into space in June 2019 in three tubes with airtight clips. The aim was to test whether black coffee could kill specific bacteria in dental plaque in microgravity as it does on Earth.

We lead with an alternative point of view, providing bold cups of the World’s Strongest Coffee to our people. We find fresh ways to enjoy coffee, and we foster community along the way. Disrupting the status quo interests us, so we create edgy sarcastic content. We live to rebel against blah beans—and boring, lackluster life. 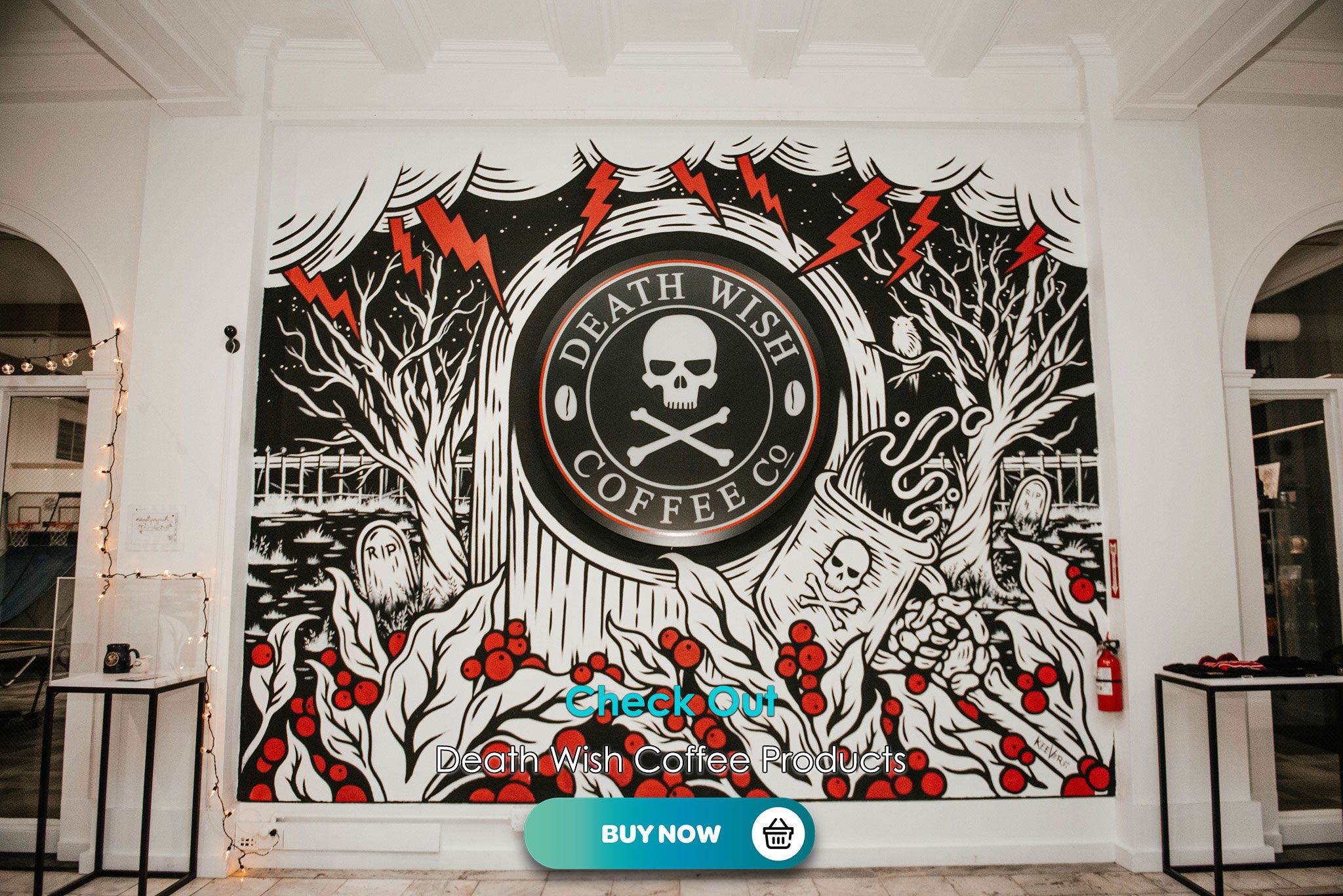 The country was introduced to Death Wish Coffee and orders took off after “Good Morning America” covered the World’s Strongest Coffee.

DWC became the smallest company to run a commercial during Super Bowl 50, exposing 167 million viewers to the World’s Strongest Coffee.

With the help of NASA Food Labs, Death Wish Coffee developed an instant freeze-dried blend of its coffee to fuel the astronauts on the International Space Station.

DWC headquarters moves to a historic building from 1889 in Saratoga Springs, NY—the location of our original coffee shop.

We’re nothing without our people. We grind together as a team—and as coffee drinkers—to come up with the World’s Strongest Ideas. We stand for excellence, passion, and a determination to get sh*t done. We put our people first (even before coffee) and every team member is empowered to innovate, collaborate and be themselves. We know to keep it simple so success is inevitable.

It is generally safe but you will have to be careful of how much you consume. We recommend you to stop at 600 milligrams a day.

What is Death Wish Coffee?

Death Wish Coffee is a US-based coffee brand. Their coffee is primarily sold online, but can also be found in grocery stores across the US.

Death Wish Coffee is here to spark your enthusiasm - basic brewing is not invited. The highest quality Arabica + Robusta beans are roasted to bold, never bitter perfection. result? Naturally brewed coffee is twice as strong as a regular cup.

Where is Death Wish Coffee made?

After brewing a 12-ounce Death Wish cup (using the company's recommended brew ratio and grind size, as well as our go-to pour-on dripper), I found the flavor to be strong and, yes, very strong - all of its coffee, without subtlety. It's stronger than the two Starbucks deep roasts I compared, but not bitter or unpleasant.

Mike Brown, founder, and owner of Death Wish Coffee, a blend with twice the caffeine of most coffees, has won a competition for small business owners looking to advertise during the Super Bowl.

How much caffeine is in Death Wish Coffee?

The company calls its coffee "the strongest in the world" and uses the blending and roasting process of the beans for the coffee's caffeine content, which is 59 milligrams per ounce.

How to make Death Wish Coffee?

Our brew ratio is actually the standard set by the Specialty Coffee Association of America for all gourmet blends, recommending 2.5 tablespoons of ground powder per 6 ounces of water to truly achieve the bold, flavorful, and high-caffeine cup you're looking for.

Where is Death Wish Coffee from?

How much Death Wish Coffee can I drink?

The Food and Drug Administration said 600 milligrams a day of coffee is too much. An eight-ounce cup of Death Wish has 472 milligrams.

After producing a 12-ounce cup of urge (using the company's suggested production magnitude relation and grind size, and our top-pick pour-over dripper), I found the style hearty and, yes, powerfully strong—all low, no subtlety. it had been stronger than 2 Starbucks dark roasts I compared it with, however not bitter or unpleasant.

Coffee, in general, contains a period of six months upon reaching you. That being the same, you will be obtaining a higher illustration of our blends the nearer you brew it once it's received. For optimum freshness, we tend to advocate ordering the entire bean and grinding directly before production.

It is a totally pleasure to buy their products! My mom showed me their coffee and i was totally impressed. I can't start my day without Death Wish Coffee.

Death coffee and Caribou are my all time favorite! They both have quality coffee!

For coffee lovers who drinks really strong coffee, this is the best option!