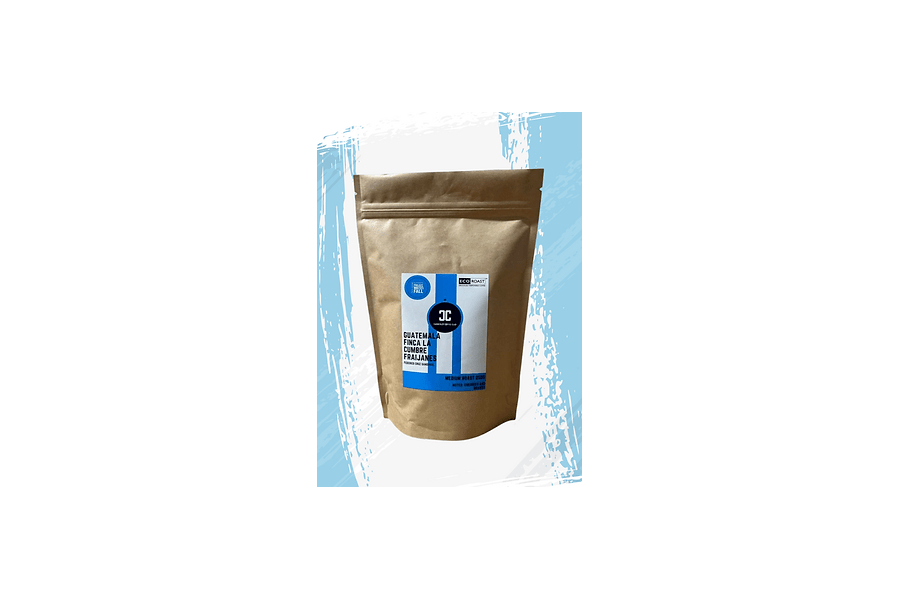 Finca La Cumbre lies just outside of the heaving metropolis of Guatemala City, just to the south of the city. It is extraordinary that the farms 40 hectares lay this close to the urban bounds as most farms in this area are tiny due to the very high demand for land in the area.

When the current owner of La Cumbre, Federico Cruz Sandoval, was very young, he would spend his summer holidays on his maternal grandfather’s farm, playing in the fields. He studied agronomy at school and worked for many years as an agricultural technician, reaching great heights in his field. From 1959 until 1964, in fact, he even worked for the International Coffee Organisation in Guatemala. When he retired in 1990, he decided that now was the time for him to finally devote his time to his own farm. He purchased La Cumbre and began growing coffee, producing primarily out of love for agriculture and selling his harvest locally, for the most part, until 2016/17 which marked the first harvest he sold as ‘speciality’ coffee.

Don Federico's farm lies in the Fraijanes Plateau Region (D.O.C.), rich volcanic soil, high in mineral content, responsible for making it one of Guatemala’s finest coffee producing regions. As the farm's location is at the highest part of the region, he chose the name ‘La Cumbre’ – ‘the Peak’. Coffee at La Cumbre is meticulously cared for, as one might expect from such an experienced agronomist, and the farm’s nearly 100% Catuaí coffee plants are relatively protected from coffee leaf rust due to the high altitude and cool climate. But it is important to remember that for Don Federico, love for the land is as important as love for coffee. The farm is not Organic Certified, but they make every effort to limit the use of agrichemicals on the land and farm on contour lines, as well, so as to prevent soil erosion. Much of the farm also lies fallow, as forest conservation areas.

Although La Cumbre lies in a populous area, finding workers can be difficult. The majority of people from the region find it easier and more lucrative to find jobs within Guatemala City. As the city keeps expanding towards the southeast, the population grows, but the labour pool diminishes. For this reason, La Cumbre relies on bringing in teams of workers from the High Plateau (altiplano) around San Marcos, some 250-300 km distant.

All coffee is selectively picked by hand and processed by lot, selected according to location on the farm with attention to varietals making up the lots: i.e. the new varieties are processed separately. Around 3 or 4 passes are done by every year. Coffee is then taken to the family’s other farm in Santa Rosa, some 40 km away, for wet processing.

Coffee begins to be transported to the wet mill each day during the harvest, beginning about 1 hour after picking starts. When it arrives, it is first floated in a water tank to remove underripe and damaged cherries. The heavy, ripe cherries sink to the bottom and then move into the pulper. After pulping, the coffee is delivered for a brief visit to the demucilager to remove some of the mucilage, and then are carried by water to the tanks below, where they are again washed, this time by hand. The following day, first thing in the morning, the wet parchment is drained and then delivered to the patios for drying. Here they are spread into thin layers and are rotated frequently with wooden rakes until they reach the optimal humidity of 11.5%. The drying process usually takes 3 to 4 days.

By working with Mercanta this year, and hopefully into the future, Don Federico says, “For the first time in 27 years, I’m looking forward to leaving some productive land to my family."