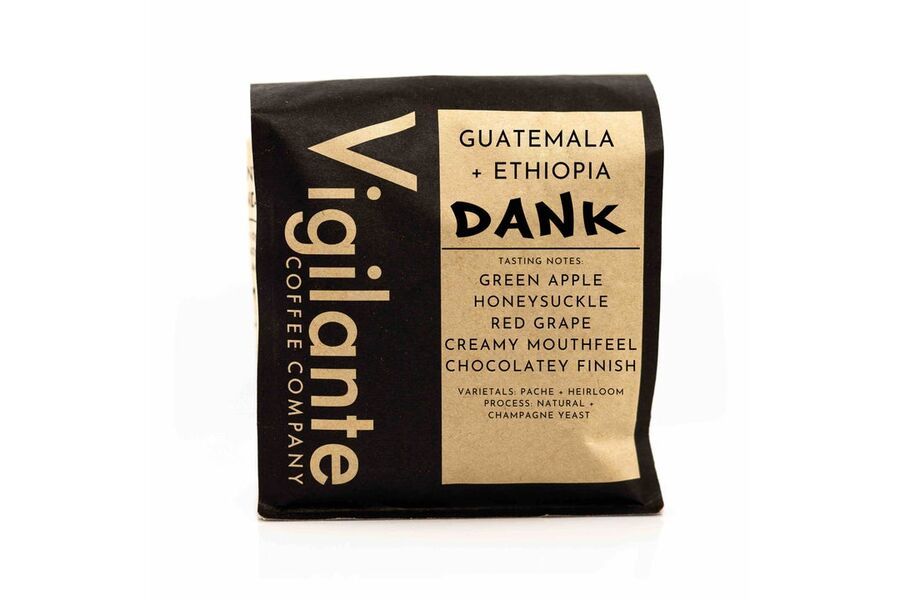 DANK, our two-time winner of the Golden Bean award, has made its triumphant return! This is our 4th rendition of DANK. This year it is a blend of 80% Guatemala La Senda + 20% Ethiopia Yirgacheffe Natural. DANK was created to deliver a delicious & sweet fruit forward espresso, very different from our in-house Tin Lizzie espresso blend.

This particular Guatemala La Senda coffee was processed with the addition of Champagne Yeast. This addition brings out a tasting note of mangusteen. After fermentation, the coffee is slowly dried for 5 long weeks. This slower approach to drying the raw beans allows exotic tasting notes to come through.

The Yirgacheffe Natural process coffee from Dumerso and offers a distinctive blueberry flavor that is the unique hallmark of Ethiopian natural coffee. It add's depth and complexity to the DANK espresso.

A portion of proceeds from the sale of DANK, the End the War on Drugs T-Shirt, Rolling Tray and Tote are donated to FAMM (Families Against Mandatory Minimums).