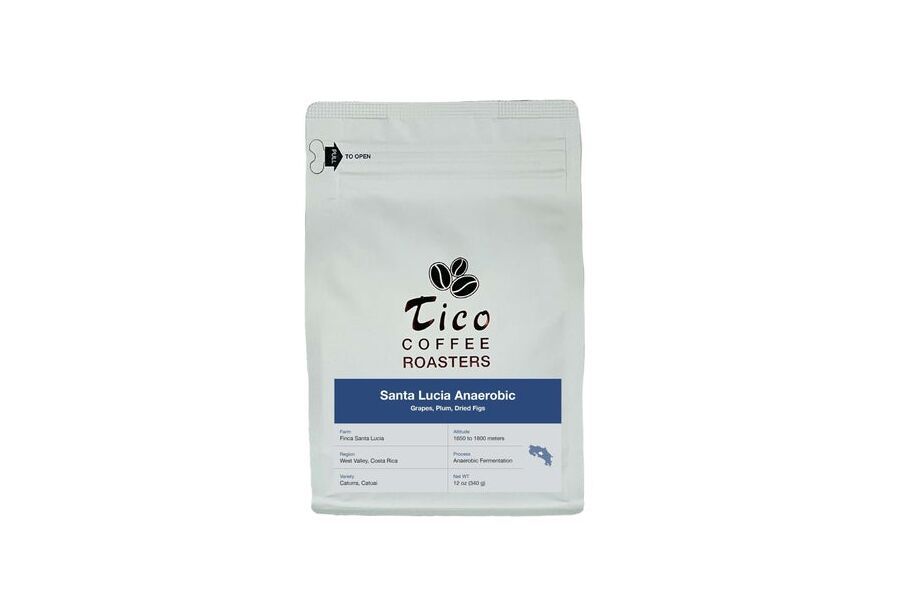 Twelve years ago, Ricardo Pérez Barrantes and the brothers Marvin and Felipe Rodriguez, opened the micro mill in Llano Bonito de Naranjo so they could provide full traceability and highest quality processing for their coffee crops. Today, the Helsar micro mill is well known in the specialty coffee world for its sustainable practices. Fertilizer is made on-site from the coffee cherry pulp combined with molasses, mined zinc, boron, and other minerals.

The coffee from Finca Santa Lucia is grown and processed by Don Ricardo and his daughter Mariana. He has a great understanding of the effects of the drying process on his coffees. His willingness to work closely with us on this special processing project coupled with his skill as a grower allows us to showcase this unique coffee from Finca Santa Lucia that was sun-dried on the patio in the Helsar Micro Mill in Zarcero.

This coffee is an exclusive project that is only available at Tico Coffee Roasters.

Unlike aerobic fermentation (the normal process for washed coffees), where beans are processed entirely outside, anaerobic fermentation processing is where coffee is fermented in an artificially created environment where air/oxygen is not present, typically using large airtight tanks (usually stainless steel).

How It’s Done? The coffee cherries are typically milled to remove the skin and some of the mucilage (similar to honey processing), then placed inside sealed tanks where, over the course of up to several days, the mucilage of the cherry is broken down through organic fermentation. The cherries begin to release CO2 and heat as pressure builds inside the tanks — some of which is allowed to release through one-way valves. Water is added when necessary to keep fermentation from overheating. This is very similar to beer and wine-making.

In this oxygen-deprived environment, only certain non-oxygen reliant microorganisms can get to work, turning the natural sugars into acids and ethyl alcohol — imparting a deep and unique flavor profile on the beans. After fermentation is complete, the beans spend several weeks carefully drying.