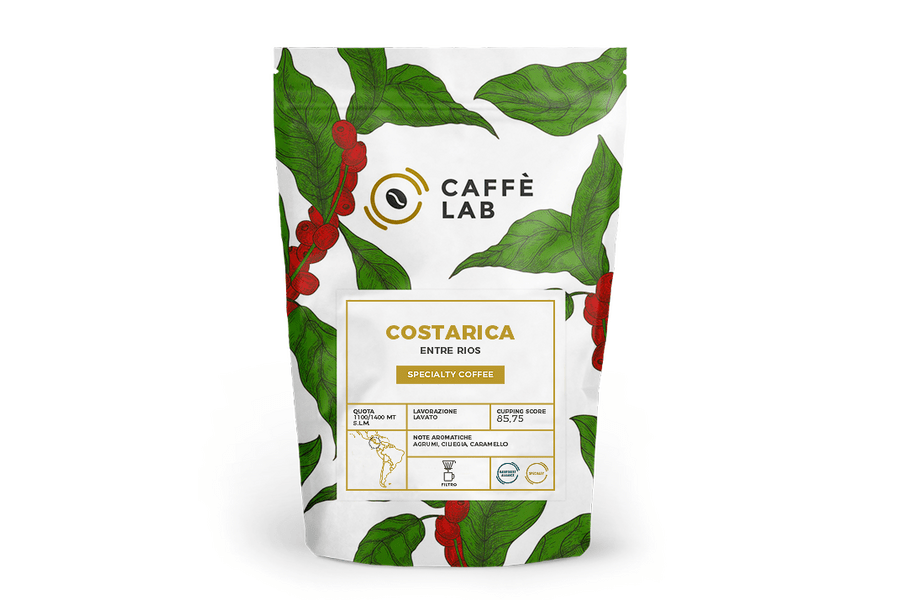 Aquiares Estate is located on the fertile slopes of the Turrialba Volcano in Costa Rica. For over a century it has been producing high-quality Arabica coffee with an eye to environmental and social sustainability, supporting a community of about 1800 people.

Founded in 1890 by British farmers, in 1971 it was bought by its current owners who made it a model of sustainable agriculture. Of the 924 hectares, 80% is dedicated to the cultivation of Arabica coffee grown in the shade of other plants.

The name Aquiares in the indigenous language means "land between rivers". The coffee plantations are in fact integrated between countless streams and rivers, protected by wooded areas that make it an ideal habitat for animals, birds, and other local plants.

Aquiares Estate manages the entire coffee supply chain, from the production of seedlings to harvesting and selection. This guarantees the highest standards of quality and traceability.

This batch of “Don Alfonso” coffee represents the best of the Aquiares harvest and bears the name of Don Alfonso Robelo, patriarch of one of the families who own the estate.

As a true visionary, Don Alfonso started a project in 1992 to allow farmers to become owners of their own homes. A “community city” has been created around Aquiares which now has its own school, a youth sports program, a waste recycling center, an early childhood center, and a church considered a national historic monument.

This lot is made up of the Marsellesa and Obata botanical varieties. Marsellesa is a hybrid between Sarchimor and Caturra sought after for its quality in the cup and for its resistance to leaf rust. Obata is a Sarchimor (a cross between Timor Hybrid and Villa Sarchi).

Experiments conducted by Aquiares have shown that the two varieties have very similar taste profiles, which is why they were mixed during processing.